Kawasaki Jet Ski Resources and How to Repair One 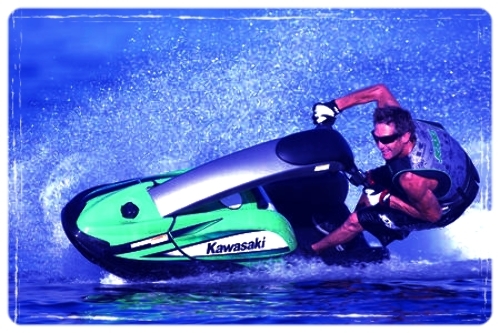 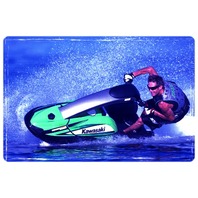 M&M Powersports & Marine is one of the worlds leading suppliers of used parts for Kawasaki Jet Ski's. On this page we have gathered together some resources to help you fix your broken Jet Ski and get it back on the water asap!

Many people refer to any type of PWC (Personal Water Craft) as a "Jet Ski" but in fact Jet Ski is a registered trade mark of Kawasaki so really only refers to their models.

The first Kawasaki Jet Ski was a stand up model released in 1972 in the USA. The WSAA and follow-on WSAB were powered by modified 400cc 2 stroke twin cylinder engines.

In 2016 Kawasaki Reintroduced the stand up jet ski with the SX-R 1500 the 160HP 4 Cylinder 4 stroke was very different from the earlier models.

The Kawasaki Jet Mate was introduced in 1989 and announced the full push of Kawasaki in to multi seater sit down jet ski's that could tow a water skiier or inflatable behind.

Kawasaki has online and downloadable manuals available direct from their website. The owner's manuals appear to be free but you have to purchase the service manuals.


You tube is a great resource for video's showing how to perform various service and repair tasks, here are a sample of the most popular ones for Kawasaki Jet Ski models: